DOES CHINA EXECUTE ITS MONEY LAUNDERERS ? 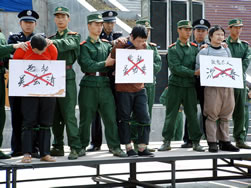 This article is not intended as a bad joke. Money laundering of illicit profits, and bribes & kickbacks obtained by Chinese PEPs, and money moving overseas to evade taxes, is out of control. The recent scandal, where a senior Chinese official, slated to become a member of the council that rules China, was exposed for corrupt activities, after his attorney wife reportedly poisoned a british businessman to death, when he refused to move illicit cash, is but the tip of the iceberg. What is China doing in response ?

The widespread use, by money launderers working for Chinese PEPs, of British Virgin Islands companies to hide funds from China, facilitates successful laundering of illicit funds outside China. The utter failure of China to reign in its money launderers could result in the maximum punishment for those it does catch. Does it ? 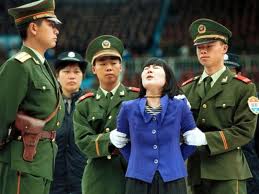 I know, from personal experience, that if I knew that the maximum punishment for money laundering was the death penalty, I'd probably get out of the business. I am betting that the execution of a few individuals who are caught moving millions of dollars of illicit client wealth offshore might just intimidate the vast majority of money launderers working for Chinese PEPs.

China currently executes its officials for corruption; is not money laundering, which facilitates the placement of the proceeds of crime, just as important to them ? Are money launderers being charged with multiple offences and then executed ?