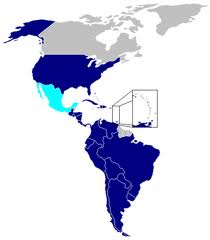 For Latin Amertican countries have withdrawn from the Inter-American Treaty of Reciprocal Assistance of 1947*, more commonly known as the Rio Treaty. It is a mutual assistance agreement, which regards an attack on any one member country as a attack upon all. 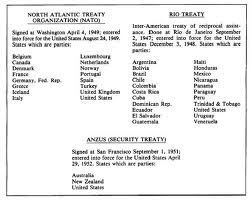 This action, being taken by the Latin American nations with socialist governments allied with Venezuela, effectively removes these countries from the hemispheric shield of common defence that has proteced them for sixty-five years from external aggression. 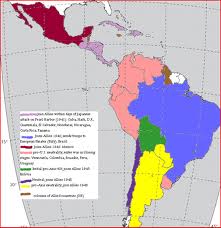 One essential element of country risk assessment is the favourable effect of international alliances upon stability of the state, and the increased probability for peace. The action taken by Venezuela  and its supporters on the extreme left has increased country risk for those nations. Note that the United States, and any other Western Hemisphere signatory to the treaty, could now ignore any call for intervention by these now former signatories, as they are no longer under the hemispheric shield.

Compliance officers charged with the regular calculation of country risk should review the facts, and make a judgment based upon their analysis.