VIKTOR BOUT ARRIVES AT USP MARION TO SERVE HIS SENTENCE 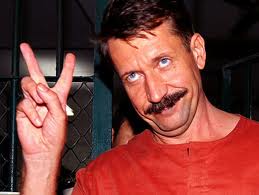 Viktor Bout has been transported to the medium-security Federal Prison in Marion, Illinois, the institution that he was designated to by the Bureau of Prisons. He is scheduled for release on 15 December, 2029. His attorney has filed a Notice of Appeal, and there are reports that the Government of Russia is considering making a request for a prisoner exchange, so that Bout could serve his sentence in Russia.

Bout's attorney has stated that he believes that he has grounds for a reversal of the conviction. Whether the Second Circuit Court of Appeals will find that there was Entrapment will certainly be the primary issue. We shall be following the appellate process, and will update readers on all developments of the appeal as they occur. 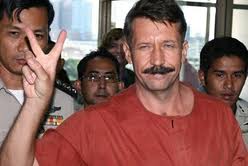