Muhammad Rashid, the former principal financial adviser to the late PLO head Yasser Arafat, has been sentenced in absentia to fifteen years at hard labour, and a $15m fine, for :

A former journalist, possessing no formal financial background, Rashid, an Iraqi national of Kurdish descent, also known as Khaled Salam, became a close associate of Arafat, and was subsequently named his primary financial adviser. He left the Palestinian territories in November 2004, shortly after Arafat's death. A multimillionaire, due to his criminal activities, his case is believed to be the largest of 85 pending corruption cases pending before the anti-corruption court. 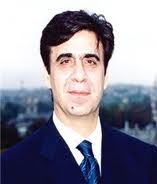 The Palestinian Territories have a long and sordid history of rampant corruption by the senior leadership; the illicit wealth, and spending habits, of Arafat's widow, Suha has been the subject of media attention, both before and after her husband's death.


His assets, which are reportedly held in Jordan, Egypt, Montenegro, Iraq and the United Arab Emirates, were acquired with money embezzled from the Palestine Investment Fund, which is supported by wealthy Arab countries. He created shell companies, often held by relatives, to divert funds for his own use and benefit, according to the anti-corruption investigators. 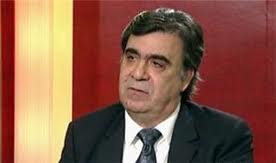 Whilst his current whereabouts are unknown, he recently was interviewed by the press in Dubai. He claims to have evidence about corruption on the part of the present Palestinian leadership, including the present leader, Mahmoud Abbas, and his wealthy sons. Is he banking in the UAE, I wonder ?