JAMAICAN KINGPIN GETS MAXIMUM SENTENCE IN US 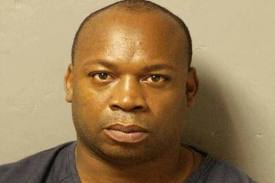 Christopher "Dudus" Coke, the leader of the Jamaican Shower Posse*, was sentenced this week in New York City to twenty-three years in Federal Prison, on racketeering charges. Coke, whose arrest occurred after a pitched battle between his gang and Jamaican Defence Forces in Kingston that resulted in 74 dead, waived extradition to the United States, and entered a plea of guilty. He received the maximum sentence** permitted by law. 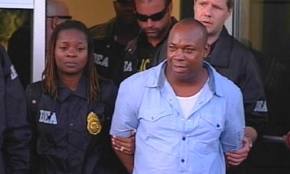 The persistent refusal of the Government of Jamaica to extradite Coke for a time threatened the generally close relationship between Jamaica and the United States, but he was ultimately captured and extradited. Coke's father, the original founder of the Shower Posse, died in a controversial prison fire whilst awaiting extradition himself to the United States several years before; his sister and brother both fell victim to drug violence in Jamaica.

The extent of the efforts to capture Coke, also known as Omar Clark, remain controversial in Jamaica. He was involved in assisting his urban community, and he had a large amount of local supporters. It has been claimed that the authorities used mortars on the Shower Posse; the Government of Jamaica has responded that mortar rounds were fired into uninhabited destinations, but there are allegations that injuries and deaths resulted. Reportedly, only six firearms were captured. Other sources alleged that the entire operation was filmed, from the air, by the US Department of Homeland Security P-3 Orion surveillance aircraft. Why was this DHS aircraft authorised to act outside the Continental United States, and why has the US declined to release the film to Jamaican investigators ? 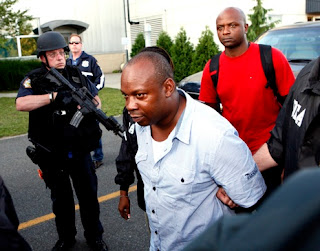