Here's an interesting Bulk Cash Smuggling case: The Cao Nguyen, of Richfield,Minnesota, was charged with the crime*, after he entered the United States at Pembina, North Dakota, with an unspecified (but over $10,000) amount of unreported cash. Canadian marijuana growers typically receive payment for their illicit product in US Dollars, which they usually cannot convert in their country, requiring them to bulk cash smuggle it out.

Nguyen, whose attorney has announced his intention to enter a plea of guilty to the charge, is a bit of a mystery. His Indictment remains sealed, and only a severely redacted version was released to the public, meaning that there are others named, who are not yet in Federal custody. His plea will be taken on 27 July, in US District Court. 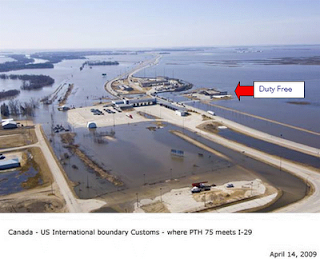 Nguyen's trial date has been postponed twice, which could indicate that he has been cooperating with US law enforcement. The question remains: was he working for Canadians, or Americans ? Without a glimpse of the Indictment, it is impossible to know more. How much money are we talking about ? Is this Asian organised crime ? We will follow up on this puzzling case next month. Whenever I see smugglers moving dollars in from Canada, it is worth watching.