VIETNAM IS RIGHT: IT'S THE BLOODY SOUTHEAST ASIA SEA 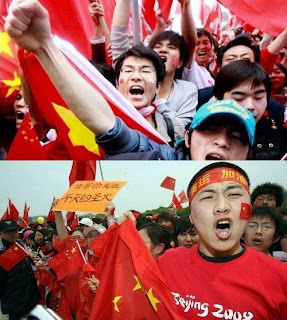 This government-supported extreme form of patriotism, what we call jingoism, is clearly behind China's aggressive actions in the South China Sea. Now, multinational oil companies have been offered blocks of territory inside Vietnam's Continental Shelf, by China. This could embroil the region in a major conflict.

Do the Chinese really believe they can intimidate all the nations who also border that strategic waterway into submission ? Given that the shipping routes through the region are key avenues for oil and goods passing to and from Northeast Asia, the West, especially the United States, will ensure that these lanes remain open. 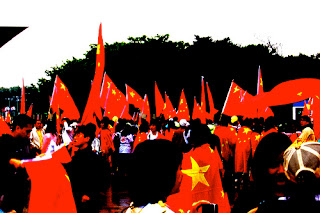 The territorial dispute, which has never been resolved, will only continue to raise tensions in the area, so long as China continues to be unreasonable. Someone in Beijing needs to reread their history books; it was an expansive Imperial Japan that came to a bad end when it awakened the sleeping tiger.

American influence in the Western Pacific is not on the wane; to the contrary, it seeks to re-establiash old ties with the Philippines, and partner up with a former adversary, Vietnam. Shall we now listen to some wise Vietnamese commentators, and refer to it now as the Southeast Asia Sea ? Why not ? 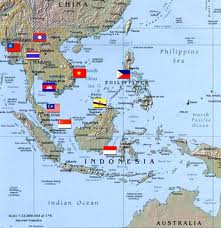