SWISS PRIVATE BANKS LOOK TO AFRICA AND TO THE EAST, BUT DISCARD COMPLIANCE 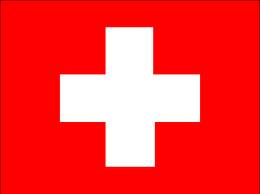 The mass exodus of European tax evaders from Swiss financial institutions has caused many of that country's private banks to cast their nets further afield, into Africa and the East. The problem is, in their zeal to bring in new business to replace lost customers, the banks are stripping their compliance departments of any authority to vet, and decline, the new business coming in, meaning that dirty money is being accepted. This policy will surely have unintended adverse consequences. 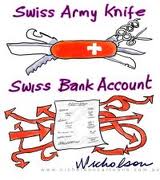 Reports are coming in that Swiss private banks are accepting new accounts from Africa, including the Democratic Republic of the Congo (DRC), an extremely high-risk jurisdiction with serious corruption and money laundering issues, and denying their compliance officers the ability to check Source of Funds, or beneficial ownership, on these clients.

Other sources state that accounts from the Central Asian countries that were formerly part of the Soviet Union are being accepted, again without any meaningful compliance. 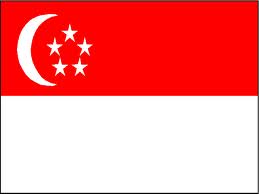 To avoid any possible information disclosures on clients seeking to evade taxes,  some private Swiss banks are setting up subsidiaries elsewhere. I am familiar with one opened last year in Singapore. The clients are directed to place their funds initially in the Singapore subsidiary; where the money goes after that is anybody's guess. If Swiss private banks, who should have learnt their lessons decades ago, when their acceptance of African "flight capital" of dirty PEPs generated serious reputation damage, go back to their "don't ask, don't tell" policies, expect a less-than-undetstanding response from OFAC, FATF and other regulatory bodies. This unmitigated greed will surely backfire. 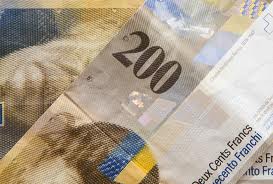