According to Deputies in the National Assembly, five cabinet ministers in the Republic of Panama have tendered their resignations to the country's embattled President, Ricardo Martinelli, after calls for his resignation continue to be made by opposition leaders. Sources within the government say that the president was unable to reach a negotiated settlement, with the Italian Government, of his criminal liability in the helicopter corruption scandal. Rumours are flying that he offered to pay as multi-million dollar fine to Italy to dispose of the case, but that it was flatly refused. His indictment is expected when Italy completes its investigation.

Of the five, only three have been identified: 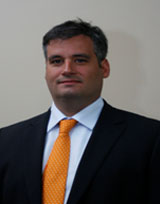 Demetrio Papadimitriu, the Minister of the Presidency. Mr. Papadimitriu accompanied President Martinelli on his recent European trip. Reliable sources indicate that he was involved in the corruption scandal, and could be charged in Italy. It is rumoured that he intends to permanently move to Mexico.