VIETNAM OBJECTS TO CHINESE AUCTION OF TERRITORY WITHIN VIETNAM'S EEZ 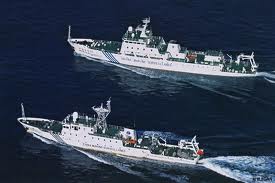 The Socialist Republic of Vietnam has lodged objections to China's announcement that it will auction off oil exploration rights to 64,000 miles of South China Sea territory that lies within Vietnam's Exclusive Economic Zone. China has improperly opened bidding upon nine offshore blocks, because they are wholly within Vietnam's EEZ, pursuant to international law.

Top add insult to injury, China announced that four of its China Marine Surveillance Ships, also known as CMS, have put to sea from the Chinese port of Sanya, and have commenced patrol operations throughout the South China Sea. China claims the entire region as its sovereign territory, Notwithstanding claims to portions of the area by Vietnam, the Phillipines, Malaysia, Indonesia and Brunei. This constant Chinese presence could trigger additional incidents with China's neighbors, and thus raise the risk of conflict in the region. 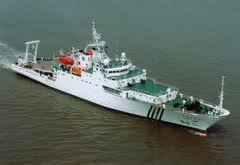 Should one or more of the world's oil conglomerates purchase these rights from China, and attempt to commence exploration within Vietnamese waters, there will be trouble in the South China Sea.