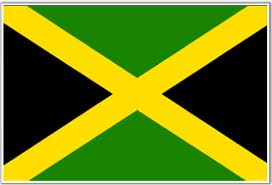 For those who wonder just how widespread bulk cash smuggling is in the Caribbean, Jamaica's Assets Recovery Agency has taken legal action to seize $1bn in real estate, and motor vehicles, from Jamaican businesswoman Carol Lawrence-Austin, charged and alleged by the authorities to be a major money launderer for narcotics trafficking organisations. Eight properties have been named, and several motor vehicles.

You may recall Ms. Lawrence-Austin's sister, Jean Therese Brown, who was convicted*, in Baltimore, Maryland, of being the ringleader of a posse of bulk cash couriers who smuggled cash out of the US, and into Jamaica. Ms. Brown is presently serving a 37-month sentence for Bulk Cash Smuggling. Two of her couriers, who have not been named, are believed to be cooperating with authorities.

Relatives of Ms. Lawrence-Austin and Ms. Brown, also charged are: