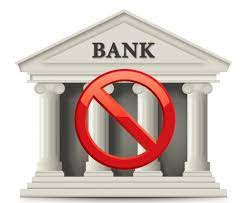 All of Malta has been in a uproar, in the aftermath of the disclosure that the country's disgraced former Prime Minister, Joseph Muscat, received "consultancy payments" from a Swiss shell company, paid by a mysterious Pakistani lawyer. Most observers have correctly concluded that the payments, which were obviously structured to conceal their true nature, were part of a corrupt arrangement between Muscat and a foreign company that concluded an extremely favourable arrangement with Malta in a major transaction.

The suspicious nature of the payments, and the PEP status of the recipient, newly out of office, and who flatly denied receiving any money when queried by the press, on camera, all add up to one more episode of compliance malpractice, on the part of the Republic of Malta's leading financial institution, which has been implicated in one suspected money laundering operation after another, during the past seven years that the Labour Party has been in office.

None of this has escaped the attention of the Financial Crimes Enforcement Network (FinCEN),  as the United States maintains a zero tolerance policy for wilful violations of the Foreign Corrupt Practises Act, especially where US Dollars are involved, which invoke American jurisdiction over the offenders. Add money laundering to the FCPA, and you have a perfect storm, which greatly increases the probability that FinCEN with sanction the offending bank.

Bankers know that a FinCEN sanction usually operated as a fatal blow to a foreign financial institution, as it is then completely cut off from the American financial structure, due to the risk posed to any global bank that deal with it. Look at the end result when the Latvian Bank ABLV was sanctioned; utter collapse occurred. 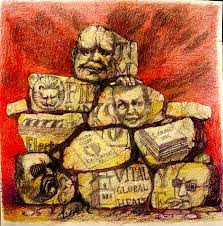 Some financial observers fear that Malta's economy could self-destruct if its leading bank was sanctioned by American regulators. Indigenous banks would not be able to take over the traffic, and local branches of foreign banks would decline the dodgy customers forced to flee to their doors.

What is to be done, then,  bring in outside compliance talent, who could not be bought or bribed, to clean up the mess ? Experts from outside the European Union, with former law enforcement or regulators to advise, would be far more effective than the captive accounting firms from Malta, who like to overcharge, and rarely achieve the desired results. Clean up the bank or close it down, ladies & gentlemen. The money laundering facilitation has to stop.