HAS THE CALIFORNIA DEPARTMENT OF JUSTICE TARGETED FAY SERVICING ?

We noted recently that the California Department of Justice, headed by the state's Attorney General, is indicating an interest in the controversial Chicago-based mortgage servicing company, FAY SERVICING LLC. It is hoped that Fay's California foreclosure activities are coming under scrutiny, for there are many California residents who are homeowners no longer, due to what the victims allege are illegal and immoral actions.

The victims allege and assert that, while Fay Servicing is apparently assisting them in requesting mortgage modifications on their behalf, it actually moves the foreclosures forward, obtaining final judgments, resulting in the acquisition of title to the victims' homes. Trusting and believing that Fay was acting in good faith to assist them in their hour of need, the victims find themselves out in the street, no longer homeowners.

Why the State of California has waited so long to move forward with an investigation we cannot say, but we welcome any relief that the state's Department of Justice can obtain for the elderly and infirm victims of bad faith mortgage modification negotiation, and unannounced foreclosure of the homes in which they planned to spend the rest of their lives in. 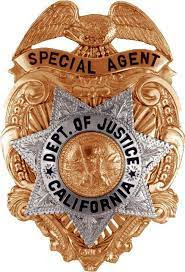