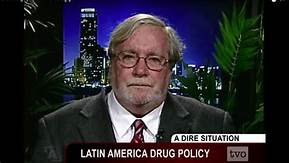 Bruce Bagley, an internationally known expert on Latin American narcotics trafficking, and formerly an esteemed professor at the University of Miami, received a sentence of six months' imprisonment this week, in US District Court in New York (SDNY), fo money laundering. The defendant admitted to moving money into the United States for Alex Nain Saab Moran, now an accused Colombian money launderer himself awaiting trial in Federal court in Miami (SDFL).

The guidelines for Bagley's offense was for several years, and the US Probation Office had suggested a sentence of twelve months, due to his advanced age and ill health. the Judgment and Notice of Commitment appears below. Supervised Release was not imposed, and the Court recommended the nearest Federal medi]asl Center

The defendant's attorney has, in his Sentencing Memorandum, reportedly asserted that his client was told that the laundered money was being funneled through a third party, and ultimately to attorneys who represented Saab during secret meetings he had with the DEA, in Colombia and in Europe, relevant to his cooperation. Whether Saab Moran is cooperating cannot be confirmed. 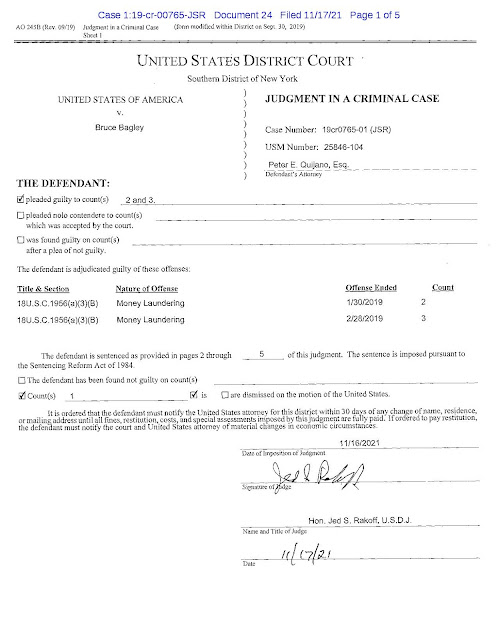 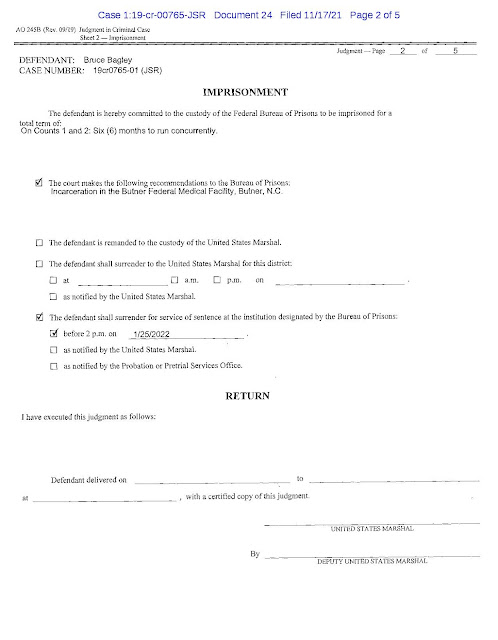 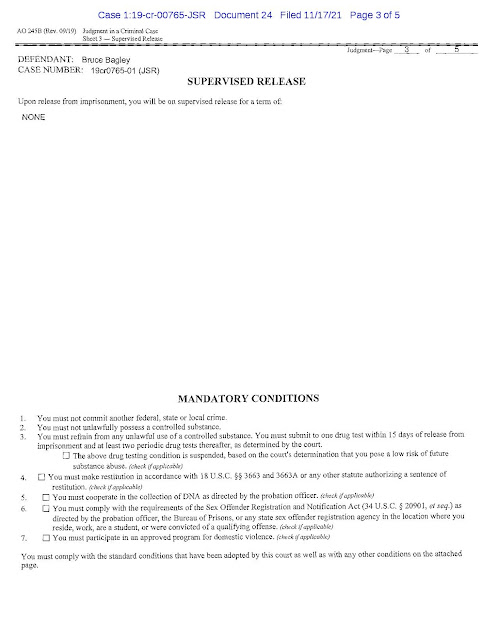