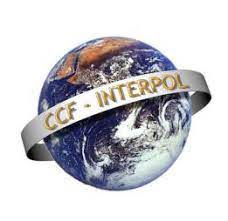 Readers have requested that we publish verbatim quotations from the Decision, so that they can see for themselves what INTERPOL's specific Findings are. The Commission for the Control of INTERPOL's Files, sitting as the Requests Chamber (five members).

Here is a small portion of that section:

A. Political predominance of proceedings and lack of clear description of criminal activities.

"16. the applicant asserted that the proceedings are predominantly political in character as they directly relate to his wife's actions as a whistle-blower who testified in a money laundering case of the Maltese Pilatus Bank, which illegally benefitted the former Maltese Prime Minister, Joseph Muscat, as well as other members of the government.

17. Further to the information provided by the applicant, his wife, Maria Efimova, was a former employee of Pilatus Bank from 18 January to 29 March 2016. On 07 December 2017, she submitted a Suspicious Activity Report to the European Central Bank indicating violations conducted from August 2016 to  February 2017 by Pilatus Bank. These violations included a lack of competence by high-level employees as well as actions taken which significantly increased the bank's vulnerability to risks. She asserted in her 07 December claim that she was directly instructed to put "in order" files with missing signatures and produce documentation that did not exist in customer files as a result of an on-site examination, and to hand-deliver cash envelopes to the bank's clients, without the provision of written confirmation on the receipt of the funds.

Furthermore, she saw that procedural forms for two companies owned by the sons of the Minister 0f Emergency Situations of Azerbaijan were not completed according to the appropriate requirements, and was informed that the CEO of the bank had nevertheless approved these accounts.

24. The Applicant submitted news articles stating that his wife provided information to the Maltese investigative journalist, Daphne Caruana Galizia, that the wife of the Maltese Prime Minister, Joseph Muscat, was allegedly the owner of egrant, Inc., a Panamanian offshore company used to transfer funds from Azerbaijan. ms. galizia reported on government corruption, including Malta's citizenship by investment scheme, and payments from the government of Azerbaijan. Mis. Galizia was killed in October 2017, and on 23, July 2021, a board of Inquiry, composed of members of the Maltese judiciary, published a report concluding that the State of Malta should shoulder the responsibility for her death, as her writing about the intimacy between big business and politics led to her death, and the evidence conclusively showed how certain people in power, as well as in business, had a common interest in neutralizing the impact of her writing.

25. Furthermore, the Applicant claimed that Prime Minister Muscat is known for his close connections with Henley & Partners Cyprus Ltd., which in 2014 was contracted by the Government of Malta to design and implement the Malta Individual Investor Program. The company assisted Mr. Hasheminejad in acquiring St. Kitts & nevis citizenship. This company, along with Trident Trust Company (Cyprus) Ltd. are also licensed agents of the Cypriot Citizenship by Investment Scheme. Moreover, Mr. Hasheminejad owns the Cypriot company Venial Ltd., managed by M.C. Corporate Services, Ltd., another licensed agent of the Cypriot Citizenship by Investment Scheme. he also submitted that in June 2020, the former Attorney General of Cyprus, in his interview to the Cyprus Times, confirmed corruption and entanglement in the Cypriot public sector. [Page 7]

c. Findings of the Commission

32. With respect to the assertion that the matter is of a political character, the organization applies the predominance test, i.e. it evaluates all the relevant information and pertinent elements,as provided for by the rules, to determine whether the offense is of a predominantly political character.

43. The Commission considers that it evaluates all relevant information and pertinent elements when it applies the predominance test, as mentioned in paragraph 32 above, and as such, inview of the general context of the case, the lack of sufficient information linking the wanted individual to the charges against him supports his arguments of a predominantly political nature to the proceedings. [Page 9]

44. Accordingly, and in view of all the above-mentioned elements, even assuming the offenses as described are of a common-law character,  the commission finds that the NCB of Cyprus has not provided sufficient elements to counterbalance the arguments brought by the Applicant concerning a political predominance of the proceedings, and has not provided sufficient facts that specifically link the Applicant to the charges against him. Therefore, the Commission is prevented from concluding that the data challenged in this regard comply with Article 3 of INTERPOL's constitution. [Page 10]

FOR THESE REASONS, THE COMMISSION

Decides that the data concerning the Applicant are not compliant with INTERPOL'S rules applicable to the processing of personal data, and that they shall be completed from INTERPOL's files.

/s/ Chairman of the Commission for the Control of INTERPOL's Files

NOTE: Part Three of our article will follow tomorrow, with more verbatim direct quotes from the Decision.