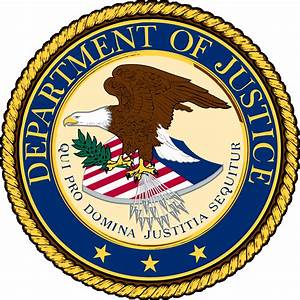 Luis Martinelli Linares Allegedly Facilitated the Payment of Bribes from Odebrecht S.A. for the Benefit of a Panama Government Official

“The extradition of Luis Martinelli Linares to the Eastern District of New York is a significant first step in holding him accountable for allegedly laundering millions of dollars in bribe payments through bank accounts in New York and elsewhere,” stated United States Attorney Peace.  “Combatting bribery and money laundering by extraditing and prosecuting corrupt foreign actors like Martinelli is a priority of the Department of Justice.”

“The successful extradition of Luis Martinelli Linares demonstrates the department’s commitment to work with our international partners to pursue, capture and extradite those who use the U.S. financial system to further their corrupt schemes and launder illicit funds,” stated AAG Polite. “Thanks to the efforts of our law enforcement partners in Guatemala, Luis Martinelli Linares will be held accountable in the United States for his alleged crimes.”

“Anyone who facilitates bribe payments to government officials contributes to national security risks, whether overtly or inadvertently, and interrupts the free market system of international trade," stated FBI Assistant Director-in-Charge Driscoll. “The FBI will use all available resources to put an end to this type of corrupt behavior.”

On December 21, 2016, Odebrecht pleaded guilty in the Eastern District of New York to a criminal information charging it with conspiracy to violate the anti-bribery provisions of the Foreign Corrupt Practices Act for its involvement in the bribery and money laundering scheme.

The overarching Odebrecht scheme involved the payment of more than $700 million in bribes to government officials, public servants, political parties, and others in Panama and other countries around the world to obtain and retain business for the company.  Luis Martinelli Linares and Ricardo Martinelli Linares allegedly conspired with others to launder approximately $28 million in bribe payments made by and at the direction of Odebrecht to a then high-ranking government official in Panama (Panama Government Official), who was a close relative of the defendants.