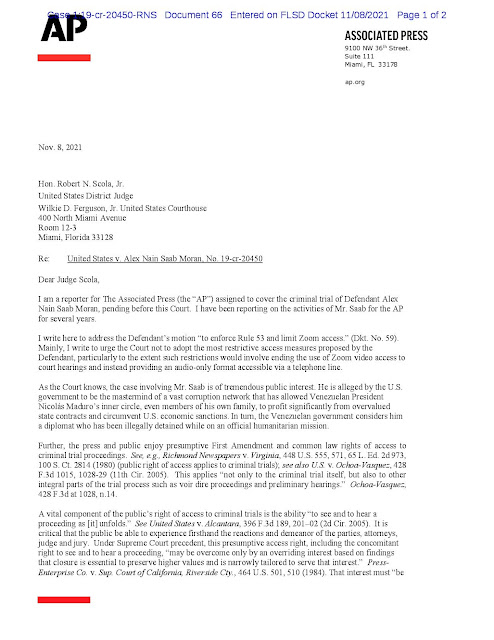 As you can see, a leading journalist from the Associated Press, Jonathan Goodman, has strenuously objected to the efforts of attorneys representing the accused Colombian money launderer, Alex Nain Saab Moran, to limit, or interfere with, media coverage of their client's criminal case, presently pending in the US District Court for the Southern District of Florida.

In a letter containing the relevant Federal citations to authorities in support of his position, Mr. Goodman makes a convincing case for the "public's right of access." Saab seeks to limit Zoom coverage of hearings, and to restrict them to audio-only means, which limits the right to both see and hear proceedings, which rights have been previously granted by the US Supreme Court, according to the cited case law, which is presently in effect before Federal Courts.

The Court has not yet ruled on Saab's motion. We shall update our readers when that decision is handed down. 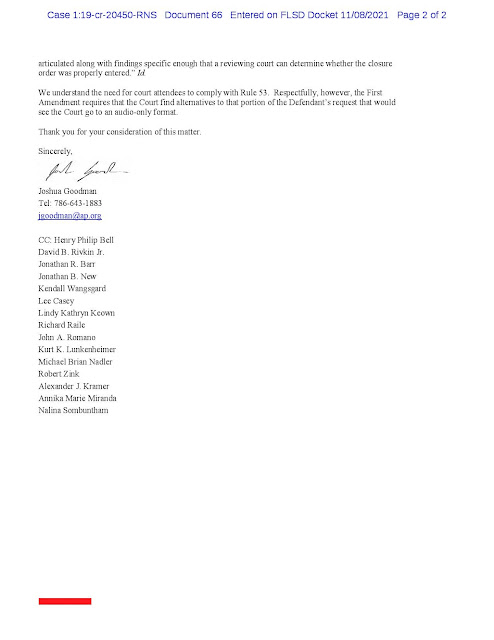