Leroy King, formerly the head financial services regulator in Antigua, who was sentenced to ten years for his role in the billion dollar Allen Stanford Ponzi scheme, after pleading guilty, and who then appealed to the Fifth Circuit  earlier this year,appears to have been the victim of a number of delays in the creation of the Record on Appeal.

It looks like the Clerks' Office was initially unable to reach the court reporter, but ten months later, the documents have now been transmitted. King was facing what amounted to a Life Sentence in his case, but ultimately pled to a single count;  he received the maximum sentence permitted by law, and he asserts that this is error.

King is known to be in poor health; it was thought that he would not survive the decade his attorneys artfully delayed the processing of his extradition appeals, during which time the Government of Antigua employed every dilatory tactic available, which definitely placed a chill on American-Antiguan relations. Given the history of his extradition proceedings, and the amount of money lost by American investors, the fact that he received ten years is no surprise. Antigua lawyers effectively spat upon the United States for more than a decade; their conduct will not soon be forgotten

He is presently incarcerated at the Federal medical facility at FCI Butner. His Release Date is listed as May 16, 2028, unless he is granted some relief. 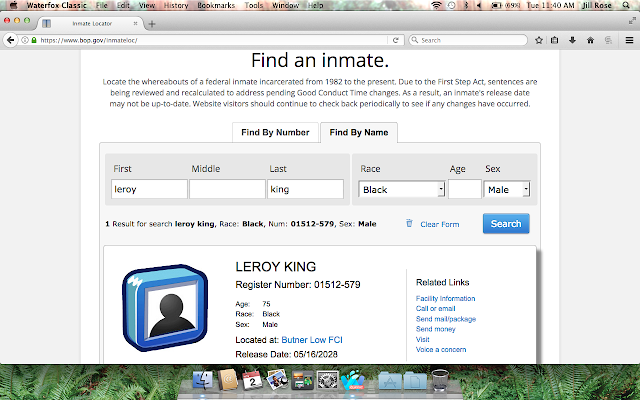