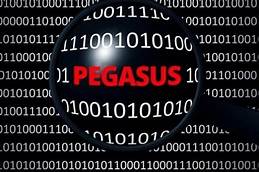 The second Political espionage trial of former Panamanian President Ricardo Martinelli Berrocal has ended this week,  with a predictable ruling by the trial judge, holding that there was insufficient evidence to convict the ex-leader. Martinelli had won his first political espionage trial, but on appeal, the court reversed and sent the case back down to the trial court. Moat Panama observers, aware of the rampant corruption that pervades Panama's judicial system, all the way to the highest court in the country, believe  that the judge was bribed to dismiss the charges.

Martinelli allegedly employed illegally acquired Pegasus spyware to conduct massive illicit video and audio surveillance upon opposition politicians, political enemies, and prominent Panamanians and foreign  diplomats, including Americans, posted to his country, while he was serving as president. He also allegedly used videos to blackmail individuals whose private sexual affairs he recorded, including reportedly coercing some people into sexual situations. These videos, which are known to exist in bulk, were  hidden when Martinelli left office, and their current whereabouts are unknown.

Martinelli's brother-in-law, Aaron "Ronny" Mizrachi, was involved in the illegal surveillance program; he fled Panama and is now living in the State of Israel, where he is immune from extradition.