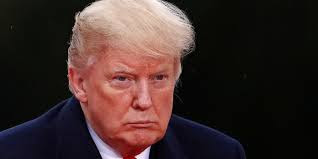 All during the years of the Trump administrations, rumors continued to circulate about an unofficial "hands-off" policy at the Department of Justice, regarding any investigation or prosecution of prominent contributors to the Republican Party and Donald Trump's fundraising campaigns, especially regarding violations of the Foreign Corrupt Practices Act of 1977. During his presidency, Trump placed a number of his supporters in prominent positions at DOJ; some of these jobs were generally taken by career people, (some of whom were clearly professionally unqualified),but Trump made sure that he had his supporters in senior decision-making positions, so that he could exercise control over who was charged, and not charged.

Given that political contributions are a matter of public record, and readily available on the Internet, career prosecutors or law enforcement could easily ascertain whether an individual whose investigation was being slowed down, or even terminated, was a prominent Trump financial supporter.

We have heard from American law enforcement that they declined to even pursue such investigations, knowing that they would not be able to obtain an indictment from the Trump Department of Justice, due to political appointees at the DOJ, who would squelch any such cases long the moment information became known about their existence.

The FCPA provides for criminal penalties for Americans who pay bribes, or give kickbacks, to obtain or retain business from foreign government officials who have the authority to award what are often lucrative contracts. Individuals who are found guilty of violations face a maximum of twenty years of imprisonment and a $5m fine; corporations can be assessed up to $25m. The United States has long has a zero tolerance for violators of this law, as part of its global anti-corruption posture, and an individual must not be given favored treatment, due to his political contributions.

We call upon the Department of Justice Office of Professional Responsibility (OPR) to open an investigation into the matter, and where the evidence supports a finding of misconduct, take the appropriate  action against the individuals found to be responsible. We call upon the Attorney General to reopen any cases or investigations found to be closed or terminated for purely political, and not evidentiary, reasons, and where not barred by the the Statute of limitations, bring indictments against the violators. Let justice be served with any FCPA cases that were the subject of illegal interference.