DID THE MALTA POLICE HAVE A COPY OF THE INTERPOL DECISION AND CONCEAL ITS EXISTENCE FROM THE VOTERS ? 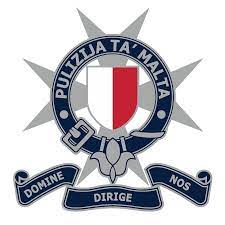 A close reading of the INTERPOL Decision in the Varnava case reveals that there were actually three separate and distinct criminal cases in Cyprus, which lends support to our belief that that the leaders of the Malta Police had received a copy last month, but concealed that fact from the public, only notifying Prime Minister Robert Abela, and keeping the Decision confidential, and known only to a very limited few.

Two of the three criminal cases,  captioned A and B, allege that the primary infractions were committed by Malta's whistle blower, Mr. Varnava's wife, Maria Efimova. Pantelis only figures in at the end of those cases. therefore, it is reasonable to expect that INTERPOL would have supplied a courtesy copy to the Malta Police, as a restricted document, classified law enforcement sensitive, due to Ms. Efimova's pending criminal cases in Malta.

The PM then made the unexpected decision to postpone national elections until 2022. Was the damaging nature of the findings of fact contained within the Decision the reason ? We leave the answer to that question in the capable hands of Malta's voters, who are very familiar with that tactic, and will have the final say when the next election is held, but we do wonder who in Malta has a copy and is not talking about it.