DISMISSAL OF SEVEN COUNTS AGAINST ALEX SAAB MORAN WAS WITHOUT PREJUDICE 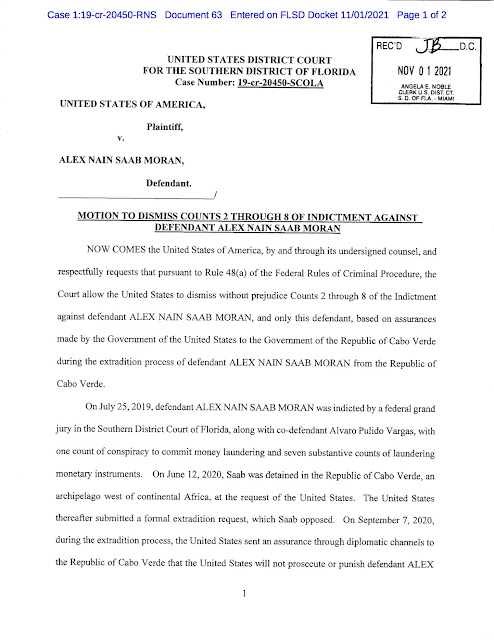 When journalists report on information they glean from reviewing Federal criminal dockets, unless they have actual relevant legal experience (law degrees and experience in the daily practice of  criminal defense law), they often miss details, especially when they concern rules of procedure. In the Saab case,

It is important to understand that the dismissal of all but one count against Saab, reportedly done to accommodate the government in the island nation that allowed his extradition, Cabo Verde, was entered without prejudice,  meaning that, under the appropriate circumstances, and for the appropriate reasons, all seven could potentially be refiled. Note page 1 of the Motion, above and the Order of Dismissal, which grants the Government leave to dismiss w/out prejudice, which appears below. We examined all the major media articles on the event, and not one mentioned that the dismissal order was entered without prejudice, at the request of the US Attorney SDFL, and the Acting Chief of the DOJ Criminal Division, Fraud Section. We call this attention to detail, and it could later be a critical factor in securing Saab's cooperation, as it could be refiled.

One recent report mentions that Saab's Arraignment has now been rescheduled to November 15th. Whether this means that plea negotiations by Saab's lawyers are ongoing is anyone's guess. 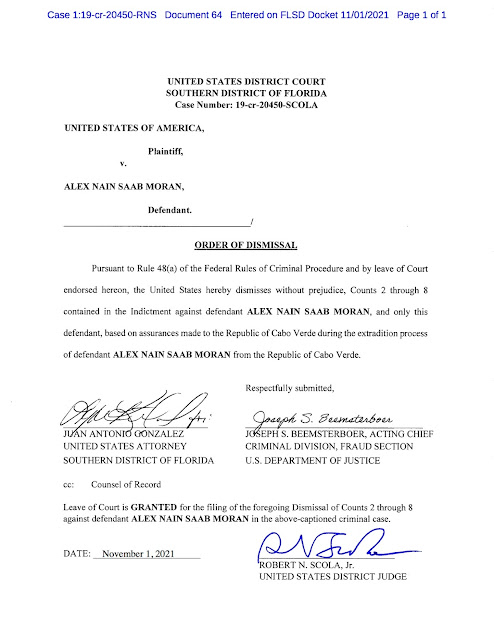