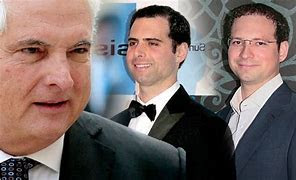 The first of former Panamanian President Martinelli's sons to be extradited to the US, LUIS ENRIQUE MARTINELLI LINARES, appealed the Magistrate Judge's pretrial detention order, through his attorney, to US District Judge Raymond Dearie (EDNY). The Court, after having heard from the US Attorney's Office details of how the Martinelli brothers had used bogus diplomatic credentials from the Central American Parliament to travel, entered what the judge called a Permanent Order of Detention; Martinelli shall remain in custody until his trial.

Guatemalan media has reported that Luis' brother, RICARDO MARTINELLI LINARES, has now followed Luis and waived his right to further contest extradition to the United States; he is expected to be flown to New York in the next couple of days.