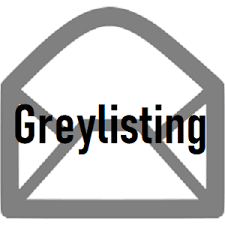 We note that so-called " lead experts" from Malta have been making the rounds at international financial conferences, attempting to assure everyone in attendance that the Greylisting imposed by the Financial Action Task Force (FATF) will be removed in eighteen months. Considering the terms the FATF requires to take that action, and the domestic ramifications that would ensue, don't look for Malta to get off anytime soon.

It's truly a Catch-22: Malta cannot escape Greylisting without a rigorous programme of arrest, trial, conviction and incarceration of its most prolific money launderers, but to do so will, by definition, destroy the utterly corrupt Labour Party, whose senior figures, past and present office holders, are all guilty of the crime, due to their receipt of bribes and kickbacks, which they then laundered into the global financial structure. Muscat, Mizzi, Schembri et al all must face justice, without exception; Bankers abroad know this.

The public relations blitz, including interviews in the country's press, verging on propaganda, may convince Malta's voters, claiming that Greylisting is having little or no effect on the domestic economy, but are not the solution. They only gloss over the problem. Unless and until the guilty are imprisoned, don't expect the FATF to recognize that needed reform has actually occurred. It's up to Malta's notoriously corrupt law enforcement and regulatory agencies to step up; otherwise, the country will sink further into financial pariah status, and not only will there be capital flight, but a new wave of Maltese emigration will commence.