WHO ARE THE CYPRIOTS IMPLICATED IN THE CRIMINAL CHARGES FILED AGAINST PANTELIS VARNAVA EXPOSED AS BEING CREATED FOR POLITICAL ENDS ? 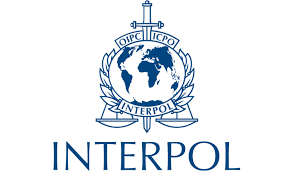 For those readers who wanted to know who on Cyprus were allegedly involved in manufacturing the  "frame-up," or phony criminal charges brought against Pantelis Varnavas, in order to force whistleblower Maria Efimova to return to a kangaroo trial in Malta, here are the individuals identified in the INTERPOL Decision referred to in our recent articles.  The location of each person identified in the Decision has been noted, for future reference, in the event that a criminal investigation into fraudulent testimony that led to an INTERPOL warrant is opened. They reportedly gave false testimony to law enforcement. It is detailed in the Decision,

Compliance officers should take notice of these names, because they are all linked to a corrupt scheme to frame Varnavas for crimes he did not commit, sponsored by dark forces abroad, located mainly in Malta.  If you have existing account relationships with any of these names, your risk-based compliance approach may call for their accounts to be closed, and Suspicious Activity Reports be belatedly filed, to protect the bank, and your professional reputation, and assets.

While we are prohibited from publishing the Decision, we believe that this small extract does not violate the intent of the INTERPOL Commission, where the goal is to seek justice:

The summary of the facts, as recorded in the Diffusion, is the following: “1st Case: On 04/05/2015 Alexandros Michael stated to the Police that on June 2014 he was informed by his Bank that between 18/03/2014 –24/04/2014, 6 cash withdrawals were made from his bank account for the total amount of 22,800 euros. From further investigations it was established that the cash withdrawals were made by Panteli Varnava. To be noted that Pantelis was working as a Bank employee during the a/m period. 2nd Case: On 17/09/14 Natalia Antoniou also stated to the police that between 02 – 21/08/2014, Maria Efimova stole the amount of 974.28 euros. The mentioned amount was for paying DHL for parcel delivery and charged the account of FARCO CAPITAL FUND LTD. Furthermore on 09/01/2014 Pantelitsa Sofokleous, Director of FARCO company confirmed the stealing of the a/m amount from Efimova. Furthermore it was established that the delivery was made on 02/08/2017, 24kg to Pantelis Varnava, Greece and on 06/08/2014, 10kg to Pantelis Varnava, Greece and on 21/08/2014, 21,50kg to Maria Panteli, Ireland. For the parcel delivery the amount of 482.80 euro was paid for delivery to Greece and 491.18 for delivery to Ireland. Also it was established that Efimova requested the a/m parcel delivery and the expenses to be paid from the account of Farco company. According to existing evidence, the offences regarding the case were committed by Efimova and Panteli Varnava between 02 – 21/08/2014 in Limassol. 3rd Case: On 13/06/14 it was reported to our Authorities by Natalia Antoniou, accountant at A.B.C. GRANDERERVUS LIMITED and director of the company I.F.D Fragrance Distribution Co Ltd that the employ of the mentioned company stole the total amount of 64,479.71. I.F.D has only offices in Cyprus and doesn’t have any shops to sell its products. On February 2013 Maria Efimova was hired as an employee and she was managed invoicing, payments etc. Upon auditing check, it was established that various invoices of the a/m company were forged and that Efimova neglected to hand over the original invoices for auditing. It was established that Efimova forged invoices by changing the description and the amount paid and that she made payments using the company’s credit card at various shops as well as withdrawn of cash. Efimova maintained with her husband Panteli Varnava a joint account which was credited with monetary amounts transferred illegally by Efimova.”.

On 17 November 2020, the Applicant was arrested in Greece upon request of the Cypriot authorities, but was released.

Therefore, he that speaketh unrighteous things cannot be hid;neither shall vengeance when it punisheth, pass by him.  Wisdom of Solomon 1:8