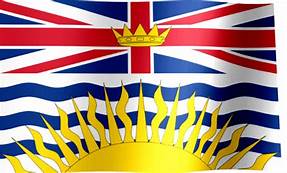 A press release from The Commission on Inquiry into Money Laundering in British Columbia  has indicated that the Commission's final report will not be released until May 2022. This is completely unacceptable, given the fact that there has already been a previous extension in the submission of information from its government sources. What's wrong with this picture ? Money laundering  rages out of control in BC.

Given Canada's poor record on anti-money laundering, and the utter failure of government to rein in BC money laundering in recent years, giving government bureaucrats six months to gather up information and materials represents a delay in exposing  a threat which requires that the information be made public forthwith. The problem is so serious that Canada, whose anti-money laundering record is poor to begin with, stands to be regarded, among international law enforcement, as totally ineffective if it cannot prioritize this report.

Perhaps the career civil servants need all that extra time to compile and edit their reports, to minimize the clear and present danger facing Canada from money laundering.  Canada is losing the war on money laundering; this delay will deny its people the information they should have had last year.