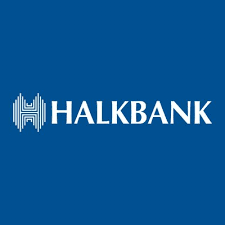 As its counsel had previously shown by its efforts, the Turkish government-owned HALKBANK will do whatever it takes to avoid being convicted of violations of Federal law in an American court. Its attorneys, on November 5, 2021, filed a Motion for Rehearing, or for an en banc hearing, before the Second Circuit Court of Appeals, which has rejected its arguments that the Foreign Sovereign Immunities Act (FISA) protects it from criminal prosecution in the United States.

An en banc hearing is a court proceeding when all the members of the court in which the case is heard assemble, rather than an individual judge, or a lesser number of judge, to hear the case. It occurs rarely, generally when the court  decides that a case presents unusually complex issues, or when it  feels that there is a particularly significant issue at hand. In this case, where the court has already determined, as a question of fact, that there were major commercial contacts of the bank with the United States financial system, a decision setting aside or reversing the prior 2nd Circuit ruling has, in my humble opinion, a poor chance of success.

Some court observers, who have been watching the conduct of Halkbank throughout the trial court case, believe that the bank's actions are purely dilatory, and are not supported by either the facts or the law, but intended to "run out the clock," or delay the matter until 2024, when it is possible that Donald Trump, who has openly favoured that this case be dropped, will be reelected President of the United States. Whether the appellate process, up to the United States Supreme Court, can actually be delayed for three years, to ultimately evade justice, is questionable, but the case is one of great public importance, so we will be monitoring all developments as they occur.

While Turkey is a member to the North Atlantic Treaty Organization (NATO), making it an ally of the United States, recently it has  become less democratic, shifting towards being an autocratic state where the Rule of Law is subordinate to the decisions of its president. The Halkbank case is seen as an important effort to reign in Turkey's facilitation of international sanctions evasion operations.