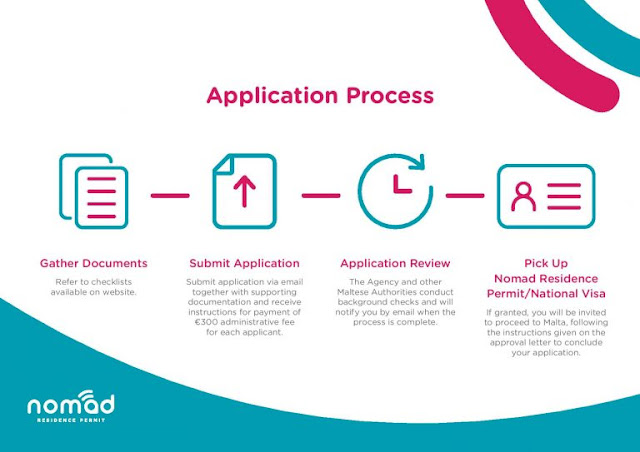 Financial criminals who want to use Malta as a base, as well as it use it as a springboard into the European Union, and don't wish to bother with Malta's new complicated IIM (Citizenship By Investment) passport programme, now have a viable, and fortunately obscure, alternative: the NOMAD RESIDENCE PERMIT, Malta's gift to the world's money launderers, fraudsters and other assisted suspects.

Unveiled quietly in June 202l, it purports to be designed for self-supporting businessmen, who can work remotely, using"telecommunications technologies," and can document that their employment, freelance or consulting services earn at least the equivalent of €2700 a month. The permit is issued and valid for one year, and renewals are possible, according to the published details. If you think there's a due diligence in the application process, think again.

Here's the best part: according to Residency Malta, it is open to individuals whose passports would normally require a visa to travel to Malta. As resident of an EU country, you are now within the Schengen Zone, and if you have financial crime in the EU in mind, the possibilities open to you are infinite.You are inside the EU, my friend, so anything goes if your goal is to commit crimes within Western, or Central, Europe.

Why isn't this scheme being passed from one EU bank compliance officer to another ? Because nobody has heard of it. i have not seen the term Nomad Residence Permit mentioned anywhere, meaning global, or even maltese, media. What's wrong wrong with this picture ?

I would like five minutes in private with the individuals in the Maltese Government who dreamed up this method of increasing revenue, for they need to learn all about the Law of Unintended Consequences. Can anyone say License to steal ?

And what about North Korean agents, Iranian sanctions evaders, Eastern European hitmen on the run from the law, as well as your garden-variety money launderer for  Colombian or Venezuelan drug kingpins ? They will all have great, although bogus, passports and identities. This programme must be terminated forthwith, with prejudice.