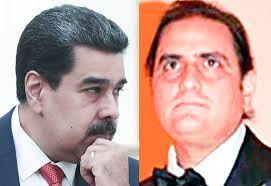 Alex Nain Saab Moran, the alleged Colombian money launderer employed by Venezuela's President Nicolas Maduro, has had all but one of the criminal charges against him dismissed by the Court, with the notable exception of the money laundering count, which could result in a 20-year prison sentence. Some sources assert that the action by the Department of Justice was part of an agreement with the Government of Cape Verde, which recently approved his extradition to the United States. Reportedly, assurances were given to the authorities in Cape Verde regarding Saab's maximum possible sentence.

While this new development came as a surprise to court observers, rumours continue to buzz around that Saab is in the process of working out the terms of a cooperation agreement with the US. Given his inside information, both regarding his work for Maduro, as well as other prominent foreign nationals of whom he moved and cleaned dirty cash, as well as assisting in the evasion of international sanctions,  his cooperation could result in a major number of new indictments in the United States.

The prospect of money laundering charges filed against them in US District Court in Miami will certainly worry those offshore bankers, and financial service professionals, in Panama, Antigua & Barbuda, Malta, and a number of other dodgy jurisdictions that assisted Saab's global money laundering pipeline in operation.