FIRST MARTINELLI BROTHER PLEADS NOT GUILTY IN NEW YORK: HIS LAWYER SAYS HE WILL ENTER A PLEA OF GUILTY 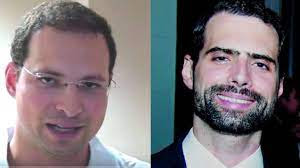 Luis Enrique Martinelli Linares, the first of two sons of former Panamanian President Ricardo Martinelli Berrocal to be extradited from Guatemala on money laundering charges in the Odebrecht bribery case, entered a plea f not guilty this week. his counsel stated on the record that he will be changing his plea shortly. He was, of course, denied bond (Pretrial Detention order).

His brother Ricardo Martinelli Linares reportedly has now also waived in Guatemala, and is expected to also be extradited in the immediate future.