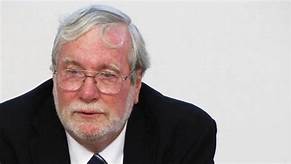 Bruce Bagley, the University professor who is known to be an expert in Latin American narcotics trafficking, and who pled guilty to laundering the proceeds of crime for Alex Saab Moran, has asked that he be sentenced to Time Served, which essentially means that he would not serve any prison time for his money laundering offenses. Bagley's sentencing will be in New York on November 16, 2021 (SDNY).

His USSG Guidelines range is 46-57 months; which is what the US Attorney's Office has recommended in a sentencing letter; The US Probation Office has suggested 12 months of incarceration. The defendant's attorneys, in an extensive 27-page Sentencing Memorandum, asserted that his poor health, family situation (death of his infirm wife recently) and aberrant nature of his crime all suggest that a sentence which does not include Federal Prison time is appropriate, and fair.

Sentencing has been postponed a number of times, leading observers to believe that it was being delayed to allow him time to testify against Saab Moran at trial, but Saab's much delayed extradition did not allow for this to occur. Bagley is expected to ultimately testify against Saab, should that case go to trial.

We await sentencing, at which point we shall learn whether the defendant's counsel's request will be followed by the Court. In any event, there will, of course, be a term of years of Supervised Release attached to the sentence, during which time the defendant will be closely monitored, and under a number of major restrictions, all designed to present him for re-offending. In Bagley's case, his counsel has affirmed that he is not likely to commit further crimes, due to his long history of normal, lawful conduct.