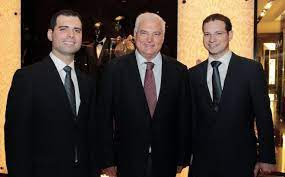 Reports from Guatemala City and Panama have confirmed that a court has approved the immediate extradition of the two adult sons of former Panamanian President Ricardo Martinelli to the United States, where they face Federal criminal charges in the Eastern District of New York in connection with millions of dollars in bribes and kickbacks allegedly paid through them, by the Brazilian construction giant Odebrecht, for their father.

Some local media in Central America have claimed that their transport to the United States will occur as early as November 15, 2021. The brothers were captured at La Aurora International Airport on July 6, 2020. The brothers have fought extradition since their arrest in Guatemala; $28m is alleged to have been transferred to them by Odebrecht. Three money laundering counts await them in New York. The brothers are collectively referred to as Martinelli Linares, to avoid confusing them with their father, who has a similar name, whose full name is Ricardo Martinelli Berrocal.