HERE ARE THE ALIASES OF NGO GROUP, WHOSE SURVEILLANCE SOFTWARE IS USED BY AUTHORITARIAN GOVERNMENTS TO SPY ON JOURNALISTS AND OPPOSITION LEADERS AT HOME AND ABROAD 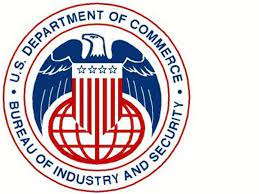 In the aftermath of the US Department of Commerce Bureau of Industry and Security (BIS) release of its Final Rule adding foreign companies to its Entity List, for activities deemed to be contrary to American National Security or Foreign Policy interest, we are posting below the chart on NGO Group, alleged to be selling its spy software to authoritarian nations, which use it to conduct surveillance on journalists and Opposition leaders, both in their home country, and abroad. While the company is domiciled in Israel, its conduct has been condemned by a number of watchdog entities, and exposed in a number of media articles calling attention to the use of its software to attack Freedom of the Press and Democratic movements in autocratic countries. It should be more selective in choosing its clients, unless it wants to incur further action by Western democracies.

Compliance officers are advised that providing financial services to, or for, any of these entities, might result in untoward consequences, from American regulators, or unwanted attention from law enforcement agencies. it would be prudent to avoid being linked to any of them. 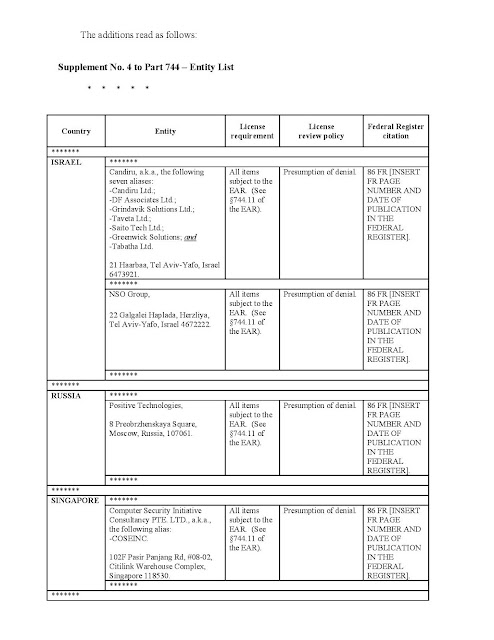