HOW MANY FOREIGN CRIMINALS OPERATE OUT OF, OR LIVE IN, THE REPUBLIC OF MALTA ? 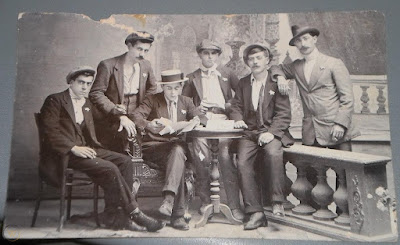 Two totally unrelated news stories this week have pointedly referred to the fact that foreign organized crime groups, in this specific case, La Cosa Nostra, are operating out of Malta, where  companies whose licenses are revoked can continue their criminal activities with impunity, and that allegedly corrupt European businessmen have relocated their residences to the EU Member nation.

There are dozen of cases where criminal elements have set themselves up in the other Citizenship by Investment (CBI) jurisdictions, especially in the East Caribbean states, where they not have free reign to engage in racketeering, due to cooperating governments, but we are now seeing this occur in Malta, which maintains the sole remaining EU CBI passport sales scheme,  (though under legal attack by the European Commission) and which shows no effort to discourage foreign crime. Remember, this is a country where the Prime Minister makes regular trips on his yacht to Sicily, for reasons never disclosed to those who voted him into office.

While we certainly do not know how many Italian Mafiosi are hiding amongt their Maltese brethren,  records of the arrival of suspected financial criminals exist in airline passenger manifests. Don't expect the Malta Police to seek that information, through, as the word from Auberge de Castille is to ignore anyone who brings business into Malta, irrespective of its legitimacy, or lack thereof. Welcome to Malta, the new Panama, where literally anything goes.