JURY VERDICT COMES DOWN AGAINST PLAINTIFF IN DEFAMATION CASE IN MIAMI 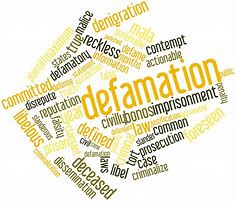 If you were wondering whatever happened to Steven Slom vs. Kenneth Rijock,  the five year old defamation case in Miami-Dade Circuit Court (state court), the case came on for jury trial this week, to ascertain whether there are any damages for liability. Slom's attorney computed the damages at trial in an amount in excess of $600,000. I asserted that the correct figure was zero dollars.

The jury verdict for Mr Slom was for One Dollar ($1.00). In truth and in fact, the jury originally came back with a verdict awarding Mr. Slom zero dollars ($0.00), but the Court instructed the jury to deliberate further, and it returned with the one dollar award to Mr. Slom, meaning that he will not recover anything in the case. It is a win for yours truly. 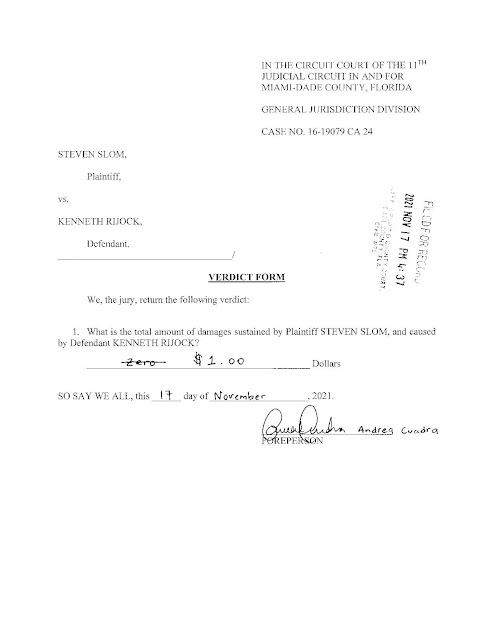 I have never had a final judgment for damages entered against me in any case involving defamation, libel or slander. Long-time readers know that I wrote many thousands of articles as World-Check's Financial Crime Consultant, as well as articles for Complinet prior to that. This blog, which is more than a decade old, contains several thousand more. Do you see any successful defamation suits citing to those articles ?

Many individuals who have been the subject of my financial crime articles have alleged that I have lost defamation and libel cases, but this is completely untrue; their feeble efforts at character assassination mark them as the criminals they really are, seeking to kill the messenger to divert attention from their sins and transgressions. Your efforts have failed, gentlemen, and this blog will continue to expose money laundering and financial crime wherever it is found. stay tuned.