WILL TRUMP IMPOSE GLOBAL SANCTIONS UPON LEBANON TO IMPACT HEZBOLLAH ? 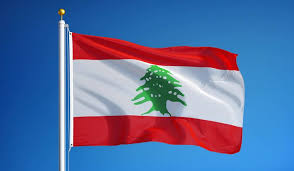 Is Lebanon destined for widespread OFAC sanctions in the future, due to the ascendancy of Hezbollah in its government ? In truth and in fact, Hezbollah represents a clear and present danger to the United States, and the gloves may come off under Trump. As a prominent former official in the Middle East recently stated "Lebanon is the only state in the world with a terror entity which has more raw power than the country's army. Hezbollah is Lebanon. It sits in the government and the parliament. It decides all political issues."

Inasmuch as President Donald Trump has seen that the renewed global sanctions on Iran are effective, will he now institute similar sanctions on Lebanon ? The present administration, while basically following the foreign policy program of the previous one regarding Lebanon, treating it not as an adversary, but as a country that the US want to win over, seems now to have hardened its position. Whether sanctions will be imposed against Lebanon, which will seriously damage its economy, depends upon how much the US wants to weaken Hezbollah, which continues to operate in Syria.

If some degree of sanctions are brought against Lebanon, it will not come as a total surprise, as the  military assets being sent from Iran could upset the balance of power in the region, and precipitate yet another conflict.
Posted by Kenneth Rijock at Saturday, January 19, 2019