WATCH FOR UNUSUAL TRANSACTIONS FROM ST. VINCENT IF VENEZUELA-GUYANA DISPUTE HEATS UP


Most compliance officers at international banks located in North America and the EU don't consider St. Vincent & the Grenadines (SVG) to be a high-risk jurisdiction for money laundering or terrorist financing purposes, but the country does now deserve a closer look, for two reasons:

(2) St. Vincent's close relationship with the current regime in Venezuela has allegedly resulted in the use of the country's offshore banks, by both the Maduro and Chavez families, and their "Bolivarian Elite" associates, to move the proceeds of crime out of the region, and into Switzerland.

If you have been following Latin American events of late, you know that the Government of Venezuela has made some major territorial claims upon territory of the Cooperative Republic of Guyana, consisting of both land and maritime claims. Many observers believe that Maduro is seeking to distract Venezuelans from the humanitarian, political and economic crises that they are facing, by attempting to focus his people on a bogus foreign emergency. Whether Venezuela will actually send troops into Guyana, in support of territorial claims that were settled decades ago is unknown, but it might be seen by Nicolas Maduro as a necessary distraction. 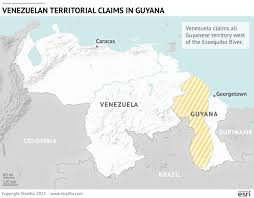 Any military steps taken by Venezuela, which would violate Guyana's national sovereignty, will most certainly trigger a US and/or UK reaction, and might result in violent regime change in Venezuela, or a civil war. If there is any destabilization of Venezuela, look for the regime leadership to relocate abroad. Some sources have asserted that members of the Maduro Government have already received assurances by St. Vincent's government leaders that they will be protected should they seek refuge in SVG. 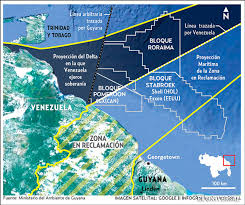 If the corrupt leadership of the Maduro government goes into exile in St. Vincent, rest assured that they will use that country's offshore banks to transfer massive amounts of stolen wealth through SVG, and into the world's most opaque tax havens. For that reason, it would be prudent to monitor the Venezuela-Guyana dispute, and to alert front line compliance staff to be looking for unusual international transactions, originating from, or transiting, St. Vincent, should the political or military situation change in Venezuela.