MOSSACK FONSECA LAUNDRYMAN, WANTED IN US, EXTRADITED FROM FRANCE TO GERMANY 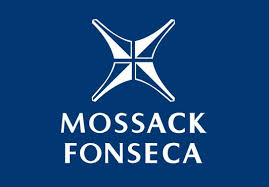 Dirk Brauer, who was an "asset manager" for the shuttered Panamanian law firm of Mossack and Fonseca, and was arrested in Paris last year, has been extradited to Germany. Brauer was indicted in Federal Court in the US, and has been charged with money laundering, wire fraud, and tax fraud. He allegedly formed opaque corporations and foundations in the British Virgin Islands, Hong Kong and the Republic of Panama, to assist affluent US taxpayers in evading income taxes.

A Parisian court, however, ruled that Brauer was to be sent to Germany, rather than the United States. Brauer is allegedly cooperating with German prosecutors, in connection their investigation of a number of wealthy German nationals. He apparently has not been charged with any criminal activity in Germany.