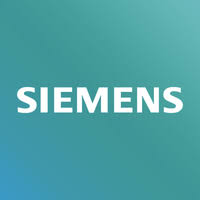 Panama's Anti-Corruption Prosecutor's Office has named the attorneys and staff members of the defunct law firm of Mossack & Fonseca who assisted executives of the multinational corporation Siemens in hiding funds that were to be used to bribe individuals and obtain business for the firm abroad.

Apparently some of the information came, not from the Panama Papers, but from documents seized by the Panamanian authorities when they conducted a raid on Mossack offices, soon after the scandal broke in the world's media, regarding money laundering and tax evasion services performed by the law firm for corrupt PEPs, international businesses and wealthy individuals seeking to evade taxes or hide the proceeds of their crimes. They used Mossack Fonseca Asset Management a/k/a Mamsa as their vehicle of choice for Siemens, and the law firm allegedly took a 5% fee on all money movement they completed for Siemens execs.

While the acts of corruption are not news, the names of the facilitators of financial crime at Mossack are important, since these individuals have already moved in into other law firms in Panama, and abroad; they may have taken some of their dodgy clients with them, and are performing illicit acts on their behalf in new financial institutions. We note that some have already been indicted in the United States, as we recently reported on this blog.

We again remind our readers that ex-Mossack lawyers have been deleting any work history with that firm on their public profiles, and that, should anyone seek to retain the services of ant Panama City attorney, for any purpose, you might first rule him or her out if they ever worked at Mossack.
Posted by Kenneth Rijock at Wednesday, January 02, 2019