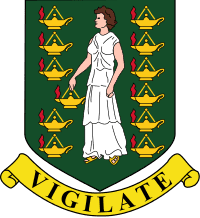 One technique of money launderers is to take laundered criminal proceeds, hide them within a British Virgin Islands company, so that Beneficial Ownership is totally unreachable, and then, through Foreign Direct Investment, seamlessly placing the funds into the same countries where the dirty money was originally earned.

These tactics are employed in jurisdictions where you'd least expect them to be active. One report showed that the largest foreign investment being made in the Federal Democratic Republic of Nepal is through BVI companies. If you've ever worked in compliance, you know how difficult it is to verify client information about beneficial ownership of a BVI corporation. Personally, I know that there is no foolproof method to accomplish that task.

Therefore, since you do not know whether the BVI corporation you are looking at is being used to place laundered dirty money into an investment, and British Virgin Islands corporation ownership information remains opaque, as an intentional act of BVI government, the prudent, risk-based conclusion is redline ALL BVI corporations, with no exceptions. If a new bank client chooses to shield beneficial ownership through BVI entities, decline their business, without exception.

Remember, when journalists arrive at the BVI, looking for information on Beneficial ownership, the local authorities bar them, and put them on the next plane. BVI corporations have no place in legitimate commerce; they are basically attractive only to money launderers, tax evaders and terrorist financiers.
Posted by Kenneth Rijock at Thursday, January 17, 2019