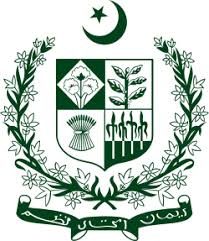 The Government of Pakistan is putting real teeth in its modifications to anti-money laundering and terrorist financing laws, based in large part upon its being assigned "Grey" status by the Financial Action Task Force (FATF). Pakistan has, frankly, failed to curb both money launderers and those who provide financial support to terrorist organizations, and these new laws could effectively take a bite out of crime.

The new laws expected to be passed include:

(1) Increasing the maximum punishment for money laundering from the present two years, to three to ten years.
(2) Making money laundering an offense for which there will be no bail for offenders. This is candidly a measure that should be adopted in all jurisdictions where money laundering is reportedly rampant.
(3) Monetary fines will be increased tenfold.
(4) Limits to be placed upon bulk cash transfer of both domestic and foreign currency, leaving and entering the country.
(5) The local courts will be required to fast-track money laundering, financial crime and terrorist financing cases to go to trial within six months from date of filing.

There are two more FATF events related to Pakistan in 2019, one a review and another an inspection.
Posted by Kenneth Rijock at Wednesday, January 23, 2019