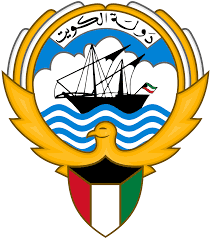 Applicants for Citizenship by Investment (CBI/CIP) programs, whether those offered by the East Caribbean states, or of those countries in the European Union, run the real risk of ending up as Stateless Persons. Defined by the United Nations as " A person who is not considered a national of any state as defined by its laws,"  a Stateless Person has no absolute right of residence in any nation, because he or she is not regarded as a national by any country. In history, Stateless Persons have been denied basic Human Rights, especially when they were refugees seeking asylum, support or safe harbor.

Why is this coming up in connection with CBI programs and passports ? Recent close examination of publicly-released records of foreign nationals holding Malta citizenship, acquired through that country's CBI program, has revealed that a number of prominent Kuwaiti nationals are listed as successful applicants. This is a huge legal problems for those individuals, for  Article 11 of Kuwait's Nationality Law provides that a Kuwaiti loses his or her nationality of a foreign citizenship is acquired.

This means those Kuwaitis are no longer nationals of the State of Kuwait. Obviously, they did not have the foresight to consult with competent Kuwaiti legal counsel when they acquired Maltese citizenship, for any lawyer licensed to practice there would have specifically warned them about the fact that their Kuwaiti citizenship was in serious jeopardy of being lost, through operation of law, whether through court or government action or not.

One of major complaints about the global CBI consultancy industry is that applicants never receive legal advice about the many potential adverse legal consequences that may arise, solely because they acquire a CBI passport. Apparently the "legal experts" among the sales staff of these consultancies, who are more interested in closing the sale, rather than properly advising the applicant. Also, in truth and in fact, those so-called experts on the consultancy staff are not admitted to the practice of law in the applicants' home countries, and they may not even know, for example, about Kuwait's Article 11, or other country-specific laws.

Rather than this being a purely academic exercise, the risk of statelessness is quite real for CBI passport holders whose act of acquiring that passport cost them their original nationality, because, if for any reason their adopted CBI country revokes their passport, for any reason, they become, by definition, Stateless Persons.

CBI-issuing countries have revoked or cancelled CBI passports when the individual is arrested, or even wanted, for alleged crimes anywhere in the world; he might also be charged for a political offense, due to his opposition to a government or regime, and the CBI jurisdiction, without any Due Process, can abruptly terminate citizenship rights.

Such an action would leave the now former-CBI passport holder and ex-Kuwaiti stateless. Many nations have laws regarding the prohibition on dual citizenship; some cancel the original nationality altogether, like the State of Kuwait. Given that the CBI consultancies are concealing this "small"drawback to buying their products, its is suggested that all individuals choosing to apply for CBI citizenship and passports anywhere, secure the legal services of an attorney qualified to advise them concerning the ramifications of such a decision, be they legal, immigration, taxation, exposure to law enforcement investigation, increased personal risks surrounding their new nationality, and any other legal issues that must be considered, in advance.