A money laundering conspiracy case, filed in the Middle District of Florida (Tampa) against a Venezuelan national who was a long-time DEA informant, who later strayed and made "unauthorized money movements," includes an unnamed DEA Special Agent as a co-conspirator and participant in the receipt of criminal profits from the money laundering operation. Gustavo Adolfo Yabrudi Peña, (DOB 6/27/78) whose December sentencing date was rescheduled to May, 2019, executed a Plea Agreement that names, but does not identify, an agent of the Drug Enforcement Administration as a major co-conspirator in the case. Prosecutors from outside the Tampa US Attorney's Office have been handling the case, which presumes that the allegedly corrupt agent is from that area. 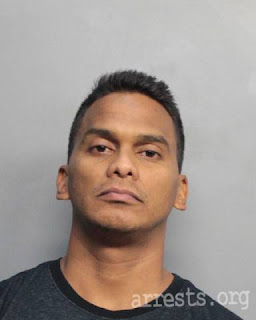 Yabrudi employed both the Black Market Peso Exchange and Trade-Based Money Laundering techniques to convert criminal proceeds, in US Dollars, to Colombian Pesos, for his trafficker clients. The defendant allegedly moved $7m to Colombian narcotics traffickers. The unidentified DEA agent, as well as his family members, received funds from the accounts managed by the defendant.

Yabrudi lives in Pembroke Pines, Broward County, Florida, and employed a number of Florida corporations in Miami in his money laundering operations. His Venezuelan Cédula (National Identity Number) is V-13462339, and he previously worked as a DEA informant in New York, Boston and Miami.