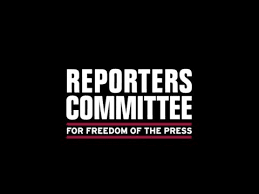 A nonprofit journalists' group, the Reporters Committee for Freedom of the Press, has filed a Motion to Unseal, before the US Supreme Court, in the case involving objections to the high-profile subpoena issued to an anonymous foreign corporation said to be a bank, seeking to intervene, and obtain public access to the filings in the case. The matter is of great public interest, as the subpoena was issued by the Office of Special Prosecutor, in the Russia 2016 campaign interference investigation.

The issues presented by the Reporters Committee , in its 28-page brief:

Readers who wish to review the complete text of the brief filed in support of the Motion to Unseal may access it here.