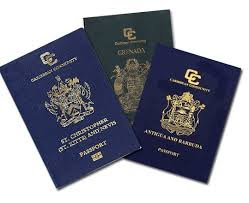 Back in 2014, the Financial Crimes Enforcement Network, FinCEN, issued its scathing Advisory regarding how one East Caribbean state had so badly handled the administration of its Citizenship by Investment (CBI/CIP) program that it represented a clear and present danger to the United States. The Advisory publicly exposed the scandal regarding how CBI passports had been, and were being, sold to financial criminals and sanctions evaders from around the world.

Unfortunately, here in 2019, the statements in that Advisory have become applicable to all five of the East Caribbean states that presently offer CBI products. Here is the complete text, though we have turned the specific country identified by FinCEN as the violator into a generic category, for all the Caribbean states selling them now fit the description:

"While many countries offer programs offer programs similar to the Country X Citizenship by Investment program, the Country X program is attractive to illicit actors because the program, as administered, maintains lax controls as to who may be granted citizenship. While the Country X government has publicly pledged to improve these controls, FinCEN believes that they remain ineffective. For example, in 2013, the Country X government announced that all Iranian nationals were suspended from participating in the Citizenship-by-Investment program. Despite this public assurance, FinCEN believes that Iranian nationals continue to receive passports through the program. As a result of these lax controls, illicit actors, including individuals intending to use the secondary citizenship to evade sanctions, can obtain a Country X passport wit relative ease". FinCEN Advisory 2014-A004.

As you can see, the Advisory is currently applicable to the CBI programs of Antigua & Barbuda, Grenada, Dominica and  St Lucia, as well as St Kitts & Nevis. Until these dangerous deficiencies are remedied, through either major reforms, or termination of the programs altogether, they will continue to present a clear and present danger to Compliance officers in North America, and in the countries of the European Union.
Posted by Kenneth Rijock at Saturday, January 05, 2019