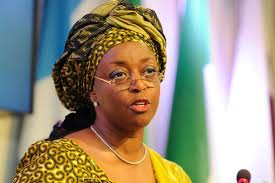 Two former Nigerian INEC officials, convicted of receiving bribes to compromise the 2015 elections from the former Minister of Petroleum Resources, Diezani Alison-Madueke, were sentenced to seven years in prison. Christian Nwosu and Tijani Bashir were among the officials who received, in total, $115m from Diezani. They received in essence a minimal sentence, as Nigerian guidelines provide for a 7-14 year sentence for bribery.

Diezani is well known in the East Caribbean, as the purchaser of a diplomatic passport from the Commonwealth of Dominica, under what were unusual circumstances. She had the Prime Minister of Dominica, Roosevelt Skerrit, fly to London to deliver the passport to her, and she unsuccessfully sought to use the passport to shield her from a subsequent arrest in the United Kingdom. British authorities declined to recognize her Dominican diplomatic passport as evidence of diplomatic immunity. he has since been charged with serious crimes in her native Nigeria, and extradition proceedings commenced.
Posted by Kenneth Rijock at Tuesday, January 29, 2019