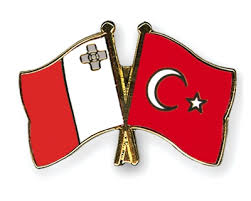 A close reading of the names on Malta's recently released list of individuals who acquired citizenship through the country's troubled Citizenship by Investment (CBI/CIP) program shows a large number of successful applicants with identifiable Turkish surnames, or using Turkish characters. Many wealthy Turkish nationals have obtained CBI passports, which allow visa-free entry into the EU Schengen Zone, but other names are not those of members of well-known affluent Turkish families. How many Turks with Malta CBI passports are facilitating Iran's reestablished sanctions evasion operations ?


It is worth remembering that the principal leader of Iran's oil-for-gold billion dollar sanctions evasion scheme, Reza Zarrab, was an Iranian national who was using his Turkish passport while he and his confederates, (Alireza Monfared and Babak Zanjani) operated their massive sanctions evasion enterprise. You can expect that the Iranian agents who are working their evasion programs in 2019 have also acquired first, their Turkish passports, and second their Malta CBI passports, based solely upon their bogus claims to Turkish citizenship.
Identifying Iranian nationals working through European banks can be accomplished through face-to-face contacts. Does this individual speak fluent Turkish ? What was his place of birth, as reported on his supplemental government-issued identification ? What city in Turkey does he claim to come from, and what does he know about that city's leading families, private clubs, and local banks ?

Actually, if you are targeting Turkish nationals as potential clients at your bank, you have a native Turkish speaker who can easily, through a 2-minute interview at account opening, out the Iranians posers as non-native Turks. Ask that staff member to speak personally to the new client.
Posted by Kenneth Rijock at Saturday, January 12, 2019