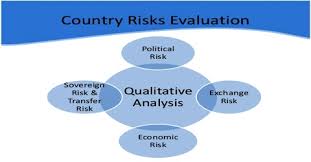 Compliance officers whose responsibilities include updating assessments of Country Risk, for onboarding new foreign clients, are cautioned to rely upon only well-established private sources, with proven reliability, for these is much out there online that is disinformation or misinformation.

This includes sources from governments as well; American media commentators* of late have excoriated President Trump, and his administration, for a number of public statements made about international affairs, which are patently false. For example:

(1) Poland was conducting a military incursion into Belarus. False.
(2) Montenegro, which was in the process of joining NATO, was overly aggressive, and might start World War III. False.
(3) Russia was right to invade Afghanistan in 1979. Also false.

If these examples were easily found by reporters, we wonder what other pro-Russia, completely untrue, false statements have been made by official sources. Considering that politics appears to be interfering with the truth, compliance officers should disregard all such statements, and rely upon legitimate media and research sources, only. While we know now to generally ignore "facts" emanating from authoritarian regimes,  some democratic governments also slant the truth for national security or political reasons. You are best advised to avoid government sources altogether in 2019.
____________________________________________________________________________
* Some commentators have suspected that the Trump administration is being stovepiped slanted information directly to the President, and that he is repeating it without having it vetted by his advisers and experts first.
Posted by Kenneth Rijock at Friday, January 04, 2019