CHINA IMPOSES DEATH SENTENCE ON CANADIAN, IN AN EFFORT TO DERAIL EXTRADITION OF FUGITIVE CHINESE NATIONAL FROM CANADA TO US 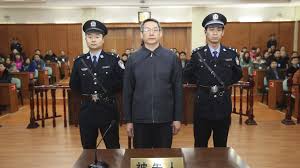 If you are a businessman living in North America, and you are considering travel to the Peoples' Republic of China, for any reason, pay strict attention to this article. The Government of China has imposed the death sentence upon a Canadian national, Robert Schellenberg, on narcotics charges. The trouble is that Schellenberg was sentenced to 15 years for the offense years ago, and he was arbitrarily re-sentenced immediately after Canada detained Meng Wangzhou, a Huawei Technologies executive and Chinese national who is wanted in the United States for Iran sanctions evasion crimes.  We have previously reported on the Huawei case, and readers are referred to that story for more details.

China has, essentially, made Schellenberg, and several other recently detained Canadian nationals, hostages, to insure that Meng is never extradited to the United States. This constitutes extortion, and the Government of Canada has publicly stated that it will not release Meng, under any circumstances, because of the extradition proceeding now pending. We commend Canada for standing up for the Rule of Law, and against the demands of an authoritarian regime.

China has also formally demanded that Meng's case be dismissed, and that Canada allow her to leave the country, and has made what amount to threats of dire consequences if this does not occur. it does no appear that Canada will cave in and release her. If you are contemplating travel to China, whether you be an American or a Canadian, there are travel warnings in place for this reason. It is best that you do not become just another hostage imprisoned in China, as a pawn in an international game of chicken. Kindly travel elsewhere in 2019.