CHINA'S ACCEPTANCE OF YUAN PAYMENTS IN US COULD FACILITATE MONEY LAUNDERING 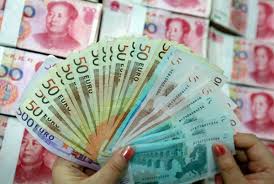 This week's announcement in China's government-controlled media, that the Bank of China's New York branch will allow Chinese companies to receive payment for sales of goods in Yuan, China's national currency, has raised fears that this action, while designed to facilitate international trade and commerce, could actually assist international money launderers move and launder the proceeds of crime.

China will permit Yuan payments made through American e-commerce platforms in 2019, according to a press release from the official Xinhua news agency. The transactions will reportedly access the bank's cross-border payment system through additional systems on e-MPay. Though the bank's president and CEO has stated that e-MPay will conform to US AML laws and regulations, using AI, no specifics have been provided, which has caused alarm among some money laundering and financial crime experts.

Chinese banks operating overseas have a history of failure to comply with banking best practices on money laundering and terrorist financing issues, in both North America and the in the European Union, if we take regulatory actions as proof. Money launderers with experience in trade-based money laundering will find it easier to repatriate criminal profits bank to China, because the funds will already be in local currency, and therefore not require conversion. Recent events have shown that law enforcement in Canada has been utterly unable to control the flow of illicit Chinese wealth there, especially the placement phase of money laundering operations, and returning the proceeds of crime to China, through clever international trade transactions US-China is a logical step.

Whether US anti-money laundering efforts, both from regulatory, as well as law enforcement, agencies, can interdict this illicit flow of cleaned dirty money back to China will represent a challenge, and require far more individuals in both types of agencies with both foreign language skills and trade-based money laundering investigative experience than are known to be on duty at this time. You can anticipate that money launderers will be ready to commence operations as soon as the program is in place; will there be a real-time response from the United States ?

We are also concerned that most compliance officers at North American banks are presently ill-equipped to identify and interdict such illegal transactions on a real-time basis, as most bilingual individuals with necessary training and experience are attracted to the the lucrative opportunities in the private sector, not lesser-paying US and Canadian government positions. It remains an open question whether these will be an effective defense to this new asset in the Chinese money launders' tool box.